The Draw is all about drawings, right? Images on paper, and then their digitized forms? Imagine then my surprise when I had some songs to put out! “Studio” performances digitized and then remastered and such! Well, actually, the recordings were from between 20 and 11 years earlier; notions of getting them “out there” had been bubbling up for some time as well; and, along the way, it just came to be that I would base them on this site as opposed to some stand-alone place. So, perhaps a surprise simply in that it all came to be and that I did all the necessary work and decisions to bring everything to fruition–not in that it existed in the first place. 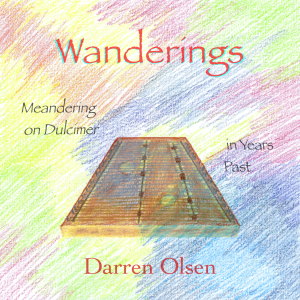 What songs though? A full album, actually … of acoustic, solo hammered dulcimer music! Some covers of traditional songs … but mostly originals to boot! Not exactly the next big hits and chart-toppers though. Not to everyone’s tastes … and, who can say how good it actually all is? Yet it’s always been pleasant enough to me at least … and though I’ve long ceased with active playing even, these recordings were something I felt, perhaps, really ought to be out there for anyone and everyone who might enjoy listening.

END_OF_DOCUMENT_TOKEN_TO_BE_REPLACED

Feel free to share feedback and thoughts, including critiques. (Your eMail address will remain private; I will not share it with anyone.)

Please just do not post anything that is offensive, be it to me or to fellow visitors, and do not post any images or text for which you are not the copyright holder or do not otherwise have permission to use. (You retain ownership of your own images and text, although in posting them, you do grant me permission to display them, as a comment, on the page from which you submitted them.)

Either way, comments are held until I see and approve them for posting, which, generally, should not be too long. Thank you for reading and interacting with my blog!

All images, articles, and other content on this site are copyright © 2015 - 2022 Darren Olsen, all rights reserved, unless otherwise and specially noted.

Do not use anything for financial or commercial gain, and please do not share anything--as for instance by copying images or text to your own site or social media platforms--without providing due credit and direction back to the source.

For other people's content--for which I have obtained permission from the respective copyright owner(s) to display or otherwise use on this site--look for and abide by their copyright policies (if necessary, get in touch with them and ask), not mine.

If you have any questions regarding copyright and intellectual property, you may contact me using the form above or to the left.

Please note, I do not place any of the ads that you may see on my site. Rather, as a user of WordPress.com's free service, WordPress.com may occasionally show ads along with my own content. Thank you for your tolerance and understanding.